What is the Gender Pay Gap and Why is it Difficult to Believe? 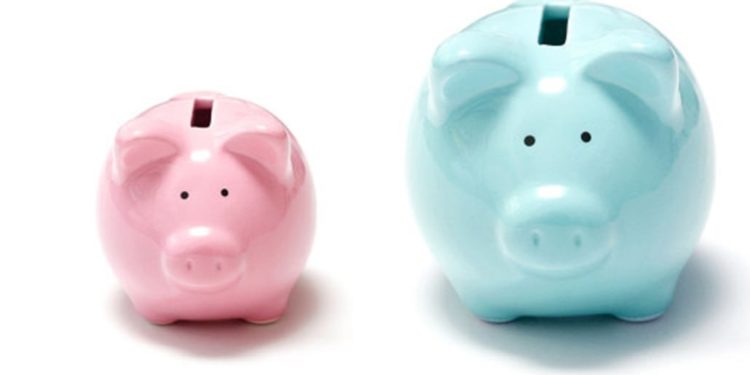 The Gender Pay Gap and Equal Pay are not the same issue.

Many people deny the existence of the pay gap, because they conflate it with Equal pay and put it down to being the business’s own fault.

Unequal pay is when men and women are paid differently for the exact same work done. This has been illegal in South Africa since 1998, when the Employment Equity Act ruled it against the law to discriminate on the grounds of sex in the workplace.

The Gender Pay Gap is far more intricate a problem and does not have the simple solution of balancing payslips. It is also not against the law. The Gender Pay Gap refers to difference in earnings on average between men on women regardless of occupation and level of seniority.

So why is it still unfair if women are simply working lower-paying jobs?

The question is not, “Why aren’t social workers being paid the same as CEOs?”

The question should be, “Why are women choosing to work lower paying jobs?”

The Gender Pay Gap refers to the problem in 21st century society,
where women are still going into ‘feminine’ jobs that pay them less than their male counter-parts.

The answer is rooted in our biology.

Men are biologically stronger, meaning that they were historically the hunter gatherers and the labourers; they provided for their wives and children because they had the strength.

Women are biological child bearers, meaning that historically they would be pregnant and raising children, a traditional way of life which still permeates modern society.

In Agricultural society, families worked as groups on farms. This changed during the Industrial Revolution, when biological strength and unhealthy working conditions created a division between the work of men and the work of women. Work life and home life became more separate as stronger men would move into the factories and women, whose ability to bear children made it unfavourable form them to work in harsh factory environments, would have to stay home with the children.

This new dynamic of men being the breadwinners and women being the caregivers became embedded into our society, and still shows itself today in stigma and stereotype.

Pregnancy is the bigger culprit here rather than just sex. Studies show that the Gender Pay Gap is significantly larger for mothers.

Society dictates that women are the automatic choice for the stay-home parent. They give birth and have to breastfeed, meaning they have no choice but to stay home for several weeks before and after having a child. This puts most of the burdens of raising a family on women, which detracts from the hours they are able to put into work. This inability to work long and fixed hours makes mothers less likely to have jobs which require such hours.

And it just so happens that long, fixed hours are the standard for many high paying jobs in business.

Today’s society is significantly different from the past. Brute strength is no longer a sole necessity for work. Middle and upper classes are no longer hunting for daily meals or slaving away in factories (of course this is unfortunately still a reality for many).

So why is there still a wage gap if women are capable of working just as much as men?

Stigma and stereotype are difficult to kill. Globally, women have had to fight for their right to education. This late start enforced stigmas of men being better cut out for studious jobs in finance, tech and science. For women, their biological ability to bear children gives them the reputation of only being capable of emotional, caring jobs such as social work.

Adding to stereotype, 92 countries, including the USA and China, have no legislation allowing for paternity leave. For many, there is no choice but for women to sacrifice the growth of their career in order to care for young children, even if the couple agrees that the job of child-raising is for both genders.

As children grow up, these old family structures still keep majority of women as stay-at-home parents, unable to commit to long hours and being stereotyped as fit for particular social jobs.

The Gender Pay Gap is the difference in average earnings of women compared to men across all sectors. Globally, the gap is at 68%, meaning women earn 68% of what men earn. South Africa has the 19th smallest pay gap in the world, with a score of 0.755, placing us above the US and EU countries such as Switzerland and Holland. This means women earn close to 80% of what men earn. Although an improvement, we still have some way to go with a gap of over 20%. In healthcare, our gap is as high as 28%.

In South Africa, female-headed households are on the rise, but due to the Gender Gap these households typically have smaller incomes. If more women are becoming the breadwinners, then it is only more urgent that women are paid more.

Biology is what first separated the work of men to the work of women – in ancient times, in agricultural times, in industrial times. Women have babies and are therefore the caregivers, men are strong and are therefore the providers. Even if a family does not stick to the traditional mould, they have no choice but for the mother to stay home when a baby is born due to the lack of paternity leave, and enforce the stereotype of women being fit for social jobs.

The working world has changed, but society still has a long way to go.