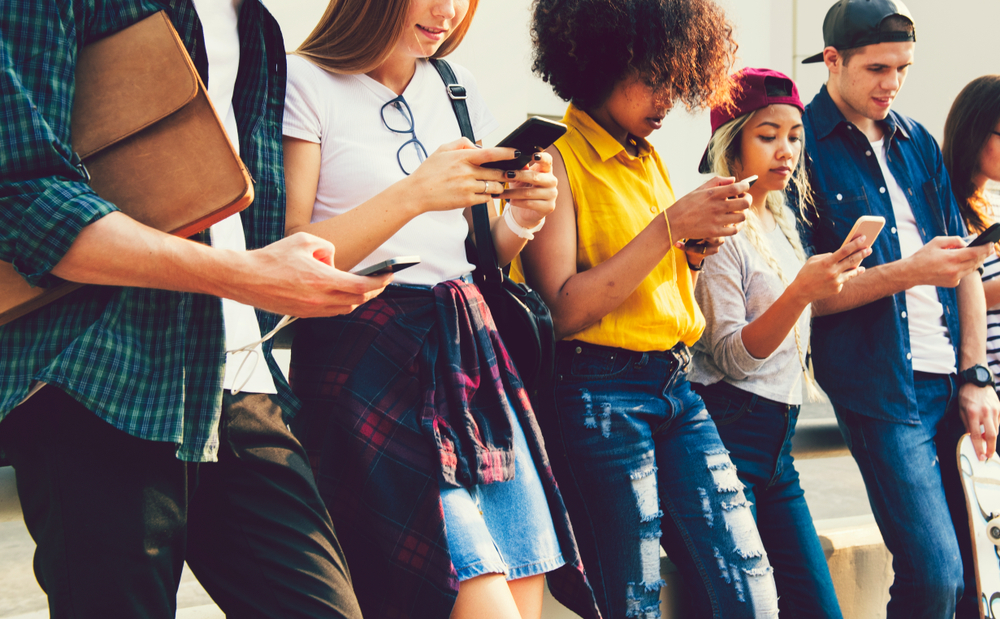 The new generation is here. Defined as being born after the mid-90s, Generation Z is finally entering the working world. With the eldest in their early 20s, Gen Z have grown up in an age of dramatic social and technological transformation. As the advent of smartphones and social media occurred in their developing years, new technologies have shaped the way they see the world.

For any business owner, understanding Gen Z is key to managing them effectively. Recognising how Gen Z can contribute towards a company’s future is the next step in moving your business forwards, as they are your future workforce.

So how do you understand a generation whose teenage years were wired by Facebook and childhood pictures were taken on smartphones?

As the digital generation, young 20 somethings coming into the workplace have a much better understanding of the world than you may think. In the past decade, we have seen a dramatic rise in social awareness. Minority rights, gender equality and the ‘hot’ topic of environmental concerns are at the forefront of what the new generation sees as important.

But why do these things matter to Gen Z?

The answer is access to information. Let’s start at the beginning.

Back in 1973, Martin Cooper from Motorola made the first mobile phone call. By the time the 21st century hit, cell phones were publically accessible and equipped with internet access. Technological development began to skyrocket, and with it came social media. MySpace was created in 2003 followed by Facebook in 2004, the most widespread social media platform to date. Twitter came in 2006 and in 2010, Instagram, Gen Z’s digital Bible, was launched.

Social Media drastically encouraged the spread of memes. As a humorous image or Gif (a short, looped video clip) accompanied by a catchphrase, it’s how Gen Z communicate. As an example of the power of the internet and its ability to affect the real world, memes have altered comedy for the new generation.

The rise of the internet and exponential advancement of technology has resulted in younger generations being far more aware of current affairs and far more informed on social woes than any generation ever before them. Social media not only brings awareness to social and political injustice, but it gives its users a place within the conversation. Students in particular are collectively challenging historical norms whilst being more aware of the dangers of echo-chambers than their parents.

Information is power, and Gen Z are swimming in it.

Thanks to the mobility of smartphones, this doorway into the world’s database is with us constantly. Access to information is teaching the new generation that they need not, and should not, simply accept things the way they are.

So what are the consequences of this, and how do you deal with them?

As the information rich generation, Gen Z should not be undermined. Their knowledge in tech and social fairness, although seemingly pretentious at times, is invaluable. There is more to the Social Justice Warrior than you may think. For anyone in the position of managing the newcomers, it is crucial to understand and respect what matters most to the digital generation.

Then what needs changing?

Gen Z will appreciate any action that preserves the environment. The effects of Climate Change have never been as prominent and as threatening as they are today. One needs to look no further than Southern Africa for current examples – Cyclone Idai in Mozambique has negatively affected close to two million people, and last year Cape Town was on the brink of becoming the first major city in the world to run out of water.

As a growing problem threatening the very near future, how it is dealt with will affect generations to come. Young enough to suffer the most loss, yet old enough to be conscious of what’s coming whilst still preventable, Generation Z has every reason to be hyper aware of the changing tides.

Your business needs to show a vested interest in fighting Climate Change. From simple changes like adding recycle bins to more prominent changes like publically promoting eco-friendly actions, no effort will go unnoticed. Disregard this, and Gen Z loses their faith in you and your care for their future.

As if the imminent threat of both human and environmental annihilation weren’t enough to get the new generation engaged, realising that the world still favours heterosexuality and white skin is. Diversity is key, particularly in transitional countries such as South Africa. Women need to be heard, people of colour must be included, the disabled have be accommodated and personal pronouns should be respected. If you wish to have Gen Z’s support then you need to engage in their conversation.

Gen Z have grown up with technology. Navigating smartphones is as natural to them as brushing their teeth. They live on Instagram. As experts on what media works and what doesn’t, their input in any social media campaign cannot be swept aside. Take what they say into account as they understand social media better than you do.

Gen Z may be young, but they are the future and they are here. Who better to entrust the success of your business to than those who have the most reason to invest in what’s to come?

The key to effectively managing Gen Z is to understand them and what they value. You and your business need to show an interest in their future, which means caring about the environment. You need to champion diversity, demonstrating your support in their quest for equality. You need to recognise their innate talent for navigating technology and give them the space to utilise it.

Show them your support, and they’ll show you theirs. You may be surprised by what they can do.