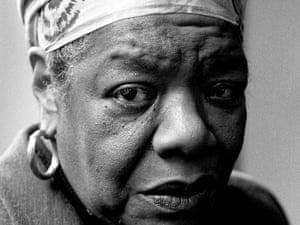 In their call for nominations for their Women Changing South Africa feature, the Mail and Guardian mentions that 2019 has been dubbed the year of the visionary woman. Quoting from their article, they shared:

“We are seeing stories of women shattering ceilings, redefining what it means to be successful and speaking out about the injustices in their communities and beyond.

They are challenging the status quo. Marching on the streets and playing their role in shaping the nation we live in. These outstanding individuals stand on the shoulders of a long line of resilient, bold and renegade women who came before them.”

An Independent Online feature article for Women’s Month reported that according to executive search firm Jack Hammer, the appointment of women in corporate positions is rising consistently, from 26% in 2015, to 32% (2016), 38% (2017) and ultimately, 52% last year.

President Cyril Ramaphosa has also walked the talk, ensuring a 50% representation in his Cabinet which has washed down to provincial government appointments that have mirrored the president.

But still, only 3.3% of chief executives on the JSE are women. Women are still mostly to be found in supporting roles, such as human resources, marketing, legal, and compliance. Very few run full-scale business divisions, or have accountability for profit-and-loss, operations or finance.

If companies are truly motivated to shift the needle on the gender demographic, when it comes to chief executive and senior supporting roles, they have to start populating their executive teams with a sufficient number of women, in relevant roles.

Alongside gender parity, in terms of appointments of women in corporates, is the issue of the gender pay gap. According to a recently released PwC report, there is no sector in which, overall, female executive directors are paid more than men. The largest pay gaps are in healthcare (28.1%), followed by consumer discretionary (25.1%), technology (22.9%) and financials (21.8%).

The PwC report concludes that to bring about real change, companies should not address gender parity and diversity concerns to appease individuals or organisations, but should treat these initiatives as being essential components in their long-term success.

It is known that women bring a whole different set of qualities into leadership positions that help to create a more balanced, empathetic and successful working environment. A Business News Daily survey of female leaders on women in power highlights some of the strengths of feminine leadership:

Women are less likely than men to push themselves into power positions. It will therefore take a consciousness shift on the part of men to recognize the value that women bring to organizations and make space for women to lead and for women to have courage to recognize, own and develop their natural leadership potential.

“Without courage we cannot practice any other virtue with consistency. We can’t be kind, true, merciful, generous or honest.” – Maya Angelou