The Physics Behind a Spin-and-Kick 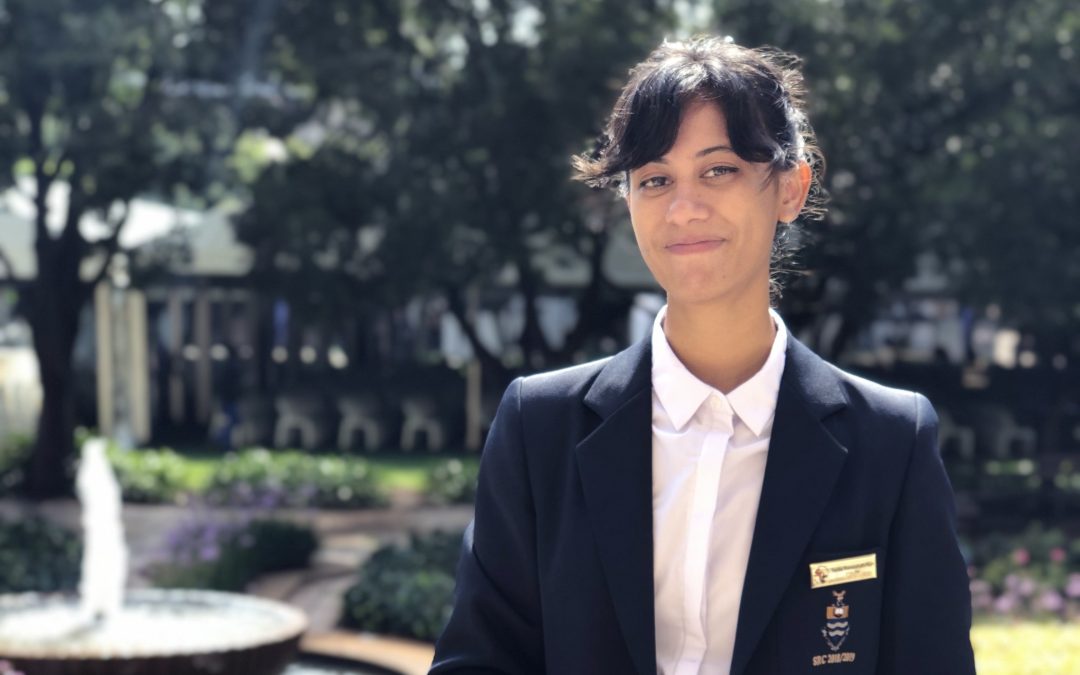 An interview with Tanita Ramburuth-hurt, Astrophysicist and Black Belt in Tang Soo Do

The fields of science and sport are still typically associated with men. Tanita Ramburuth-hurt is shattering these stereotypes. Not only does she have a first degree black belt in the Korean martial art Tang Soo Do, but she is currently doing her Masters in Astrophysics.

“I mean, technically we’re all aliens, right? To other aliens.”

Tanita laughs. A favourite question for this Astrophysicist always seems to be about aliens.

When she was small, she told her dad that she believed there is life somewhere out there in the universe. He said to her, “Well, then you want to be an astrophysicist.”

Where extra-terrestrial life may have sparked her interest in outer space, there is a lot more to Tanita’s growing career than thoughts about aliens.

“It’s a bit of a buzzword in the astrophysics community as well as in popular science, but no one really knows what it is. We do know how it interacts gravitationally and that’s pretty much the only way we know it exists. But we don’t really know what it is.”

Tanita is excelling in sports as well as science, from winning three gold medals in the junior division at the 2016 World Martial Arts Games to being named Gauteng Sportswoman of the Year in 2017 for Tang Soo Do. She explains how her mother taught her about feminism and told her that girls can do whatever boys can do, perhaps better.

As a woman in science and sport, Tanita is playing an important role. She is representing girls in typically male arenas. Tanita emphasises the importance of representation.

“If there are young girls out there who see that they are represented, they will know that they can get to wherever we are and wherever they want to go.”

This is what she has to say about science, sports and being a woman in both.

What inspired you to study astrophysics?

Astrophysics is the study of outer space through physics. We study the way stars are born, the evolution of galaxies, the way the universe began. I really love maths and I really love physics, and astrophysics allows me to put those two things together in a way that’s really constructive and really interesting.

The most exciting part about moving up, from undergrad, to post-grad, to masters, is finding out that there are links between ideas and concepts that you hadn’t really realised before, and that can be really beautiful. There have been times in my career where I have had those moments of realisation.

What makes you so sure that aliens exist?

There is a NASA mission going to Europa, one of Jupiter’s moons. We believe that there’s an ocean beneath the surface of Europa and that life could potentially exist in that ocean. Linked to that mission were missions to the bottom of the ocean and to the most extreme conditions on earth to see if life could exist in such places, and in all cases on earth we did find life. That gives some evidence that Europa has some alien life in its oceans.

Statistically speaking, we can’t be alone in the universe.

The universe is far too big for ours to be the only planet that harbours intelligent life. Whether we’ll ever meet them? I doubt it in our lifetime.

What sort of impact do you think the discovery of extra-terrestrial life will have on society?

I think it will answer a lot of existential questions that humans have, but it will also bring a lot more unanswered questions. For me it will be very exciting; there will be a whole new field of physics and science to study.

Is the field of science male-dominated?

The majority of scientific discoveries are attributed to white males. Representation of women in science is bad, but you’ll find that there are plenty of women in science throughout history whose names weren’t put in books. They’ve deliberately been left out of the story.

That’s why representation really matters. If there are young girls out there who see that they are represented, they will know that they can get to wherever we are and wherever they want to go.

Do you want to go into space?

If the opportunity were to present itself, I would definitely take it.

Has sport taught you anything about science?

The way that you move in a martial art is governed by the laws of physics, like everything else. When you learn how to do a spin-and-kick, you can apply the laws of circular motion to perfect the kick. It’s like an application of science.

How did you get into Tang Soo Do, and what is it?

I think I fell in love with it in the first hour. It’s given me a way to express myself. I really love the intensity of it. It’s a complete escape from anything that was happening before and anything that will happen after class.

What do you think is most valuable about sports?

It really helps with mental health. When I go to training, everything else disappears. For that whole hour and a half, there’s nothing except Tang Soo Do. That has helped me to get through my degree and life in general. Also you make friends that love the same thing as you do and that’s pretty cool.

You’ve been named Gauteng Sportswoman of the year in 2017. What does that mean to you?

Overall I get a feeling of validation. That I’m on the right track even if I don’t know what that track is. I’m glad that the spotlight can encourage other women to play sport.

What are some obstacles for women in sport?

A lack of funding and a lack of opportunities. There’s still a stigma around women and sport – that that sport is not really for women. Those are the kind of barriers we need to break down in order to give women the opportunity that we deserve to play sport. It’s also very difficult for a women to go to training late at night and have to get home by herself afterwards. That’s a very big deterrent.

What advice would you give to women and girls?

I think advice is difficult to give because people come from different backgrounds and deal with difficulties in different ways. But I think a way to get past difficulties is to try and surround yourself with people who believe in you. You need to believe that your time and your voice is as important as anyone else’s. It’s important to value your capabilities.

What is one thing you wish someone had told you when you were young?

I think if you take yourself too seriously you miss out on a lot of fun.

It is important that young girls are not discouraged from following their love of science and sports simply because they don’t see other women doing the same. Women like Tanita are changing the game and paving the way for other young girls to follow.

Tanita is looking at doing her PhD in Astrophysics. She will be a woman to watch in the near future.